Departments / Pathology / About Us / About the Chair

About the MacKenzie Chair of Pathology 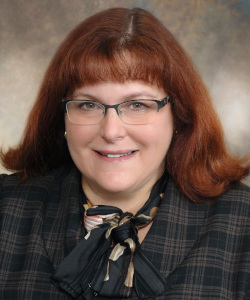 Dr. Zander has abundant experience in leading and managing an academic department and working with faculty, administrators and staff to achieve excellence in clinical work, education, and research. Prior to joining the faculty at the UC College of Medicine, she spent almost ten years as Chair of the Department of Pathology at Penn State College of Medicine. During her years at Penn State, she was instrumental in expanding pathology and laboratory services, chaired multiple committees for the physician practice organization, and elevated the status and prestige of the department and the institution.

Dr. Zander has authored numerous articles primarily focused upon pulmonary pathology, including many dealing with lung cancer and lung transplantation. She has edited four books on lung pathology and molecular pathology, including the recent second edition of Pulmonary Pathology published in 2017. She is the primary designer of the Pathology Leadership Academy, a national leadership course that she has directed and co-directed for several years, which is sponsored by the Association of Pathology Chairs. Dr. Zander is currently the elected President of the American Society for Investigative Pathology and recently completed her term as the elected Chair of the Programmatic Panel for the Department of Defense's Lung Cancer Research Program.  She has also held multiple elected officer positions for the Association of Pathology Chairs and currently serves as the Chair of the Leadership Development and Diversity Committee for this organization.

Dr. Zander also maintains an active clinical practice in diagnostic pulmonary pathology and cytopathology, enjoys her role as a teacher of residents and medical students, and continues to pursue research in lung diseases.